Breaking away from Yasukawa Electric Corporation in 1932, the company employed seven housewives during its early days.
With men drafted into the military to work for their country, the company created an environment where their mothers and daughters left at home could play an active role performing delicate work such as mica processing and motor coil machining. 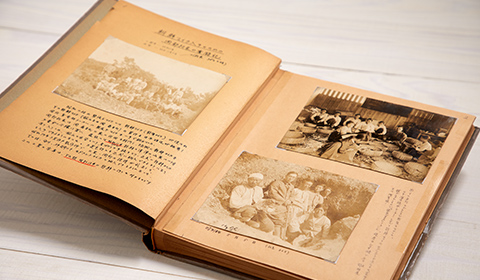 First steps of Okabe Mica Works recorded by the founder himselfThe employees wore bold expressions as they adored the charismatic founder, who was a prolific writer. It is worth noting that half of the employees were women.

Around 1932, in its early days, the company began small with about 15 employees. The workforce increased to around 40 in a mere three years and continued to grow as operations stabilized to the extent that all its employees were able to go on company trips.

Local recruitment continues to this day

In 1962, 30 years after its foundation, the company employed a workforce of 624 employees, 496 (approximately 80%) of whom were local women. During the Obon season in summer, the company had established a position in the local community such that several hundred of its employees formed a Bon-odori dance troupe that paraded through the streets of neighboring towns. Even now, the ratio of male to female workers is about 50/50, with women outnumbering their male counterparts, and the company still hires large numbers of local people, more than 95% of whom commute from their homes. 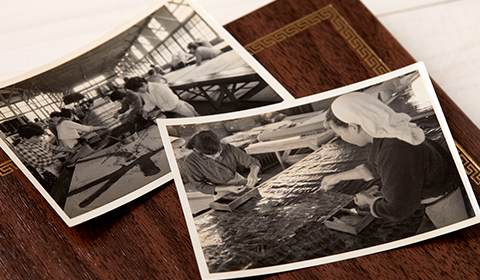 In the manufacturing division, women who are dexterous and especially skilled at delicate working are highly valued, to such an extent that, depending on the year, women account for a higher ratio of employees that men. With its longstanding record of promoting the recruitment and empowerment of local women, Okabe Mica may be thought of as a company that promotes SDGs.

June 20, 1981, approximately 50 years since the company’s foundation (from an article in the Asahi Shimbun)
After leaving Yasukawa Electric Corporation, the company’s founder established Okabe Mica with technologies supplied by Yasukawa Electric Corporation and Mitsubishi Electric Corporation, going on to create technologies through business alliances. Hiring graduates from local universities, outsourcing research and development to his alma mater, and promoting joint research and development with major resin manufacturers, the founder developed resin exclusively for mica, presenting the Okabe Mica brand to the world with the world’s first mica sheet for smokeless electric heating. This triggered a growing demand for the product as an alternative to asbestos and, to this day, the company is still committed to research and development with the aim of contributing to society. 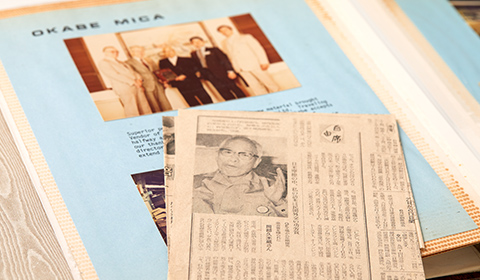 With the company’s achievements recognized by the world-renowned General Electric Company, the founder was also invited to the United States, where he toured local plants and attended an extravagant celebration party. The event became the talk of the town at the time and was also covered in newspapers. 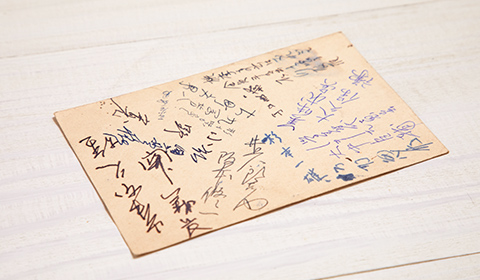 Collection of autographs presented to the founder by the top management of Mitsubishi Electric Corporation at the time that was carefully preserved in an old album as a treasured item.